Sorry if we left you hanging!

With the semi now parked on the sloping street (fingers crossed that the driver remembered to set that parking brake!), everyone steps up to admire the monster: Twenty—count ‘em!—individual lams of varying lengths of 2x6 pieces, 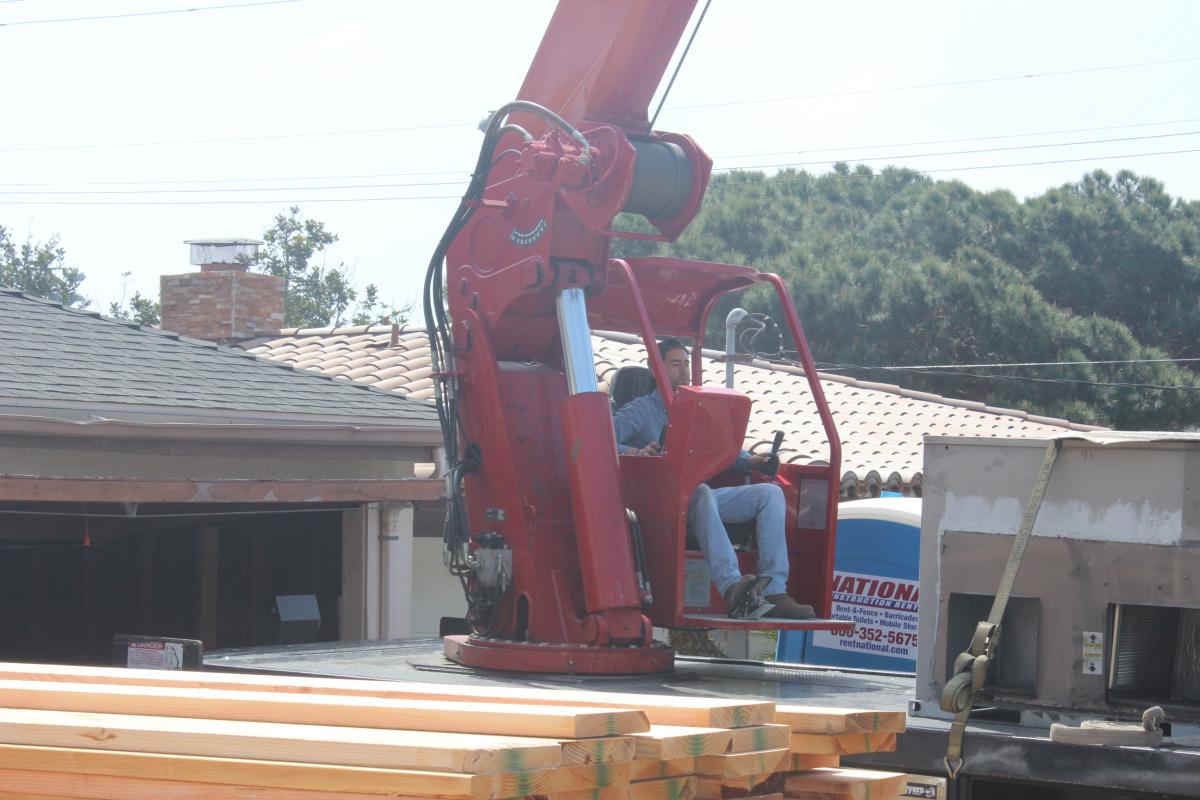 any one of which would snap like a toothpick under the weight of the roof, but bonded together, this thing literally exemplifies the expression “strength in numbers.”

The bottom edges are beveled to assist a smooth insert into the 6.5-inch saddles (only two posts supporting this giant continuous beam!), and the whole thing has a slight camber to accommodate the downward pressure of the roof. To a layperson, it may look like a stud on steroids, but it’s truly an engineering marvel.

With a sling placed around the beam and a handheld tag line attached to one end to prevent it from spinning and taking out, well, virtually anything in its path, it’s finally go time. The crane operator deftly works the joy stick like he’s playing a video game, and the beast rises steadily skyward.

A slight rotation of the boom and some tugging of the tag line, and the beam is hovering directly over the intended target. A few hand gestures later by Julio and crew, and it touches down like a feather into its final resting spot.

A sigh of relief, a few pats on the back, and it’s on to the rafters! 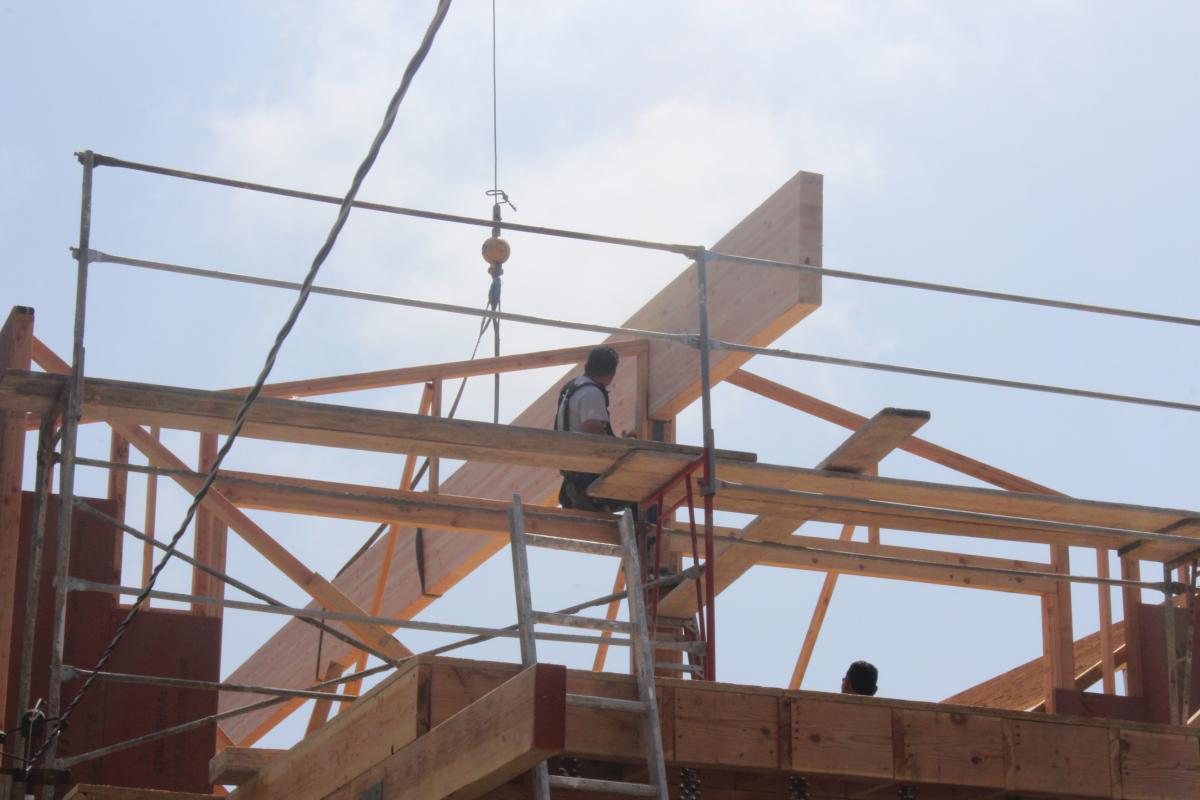