Remodeling inherently generates plenty of trash, whether it’s the waste generated during demolition, excess material created during construction, product packaging or, let’s be honest, food wrappers from the crew’s lunch breaks. It’s amazing how quickly that stuff can pile up, so it’s best to stay on top of disposal as diligently as any other aspect of the job. 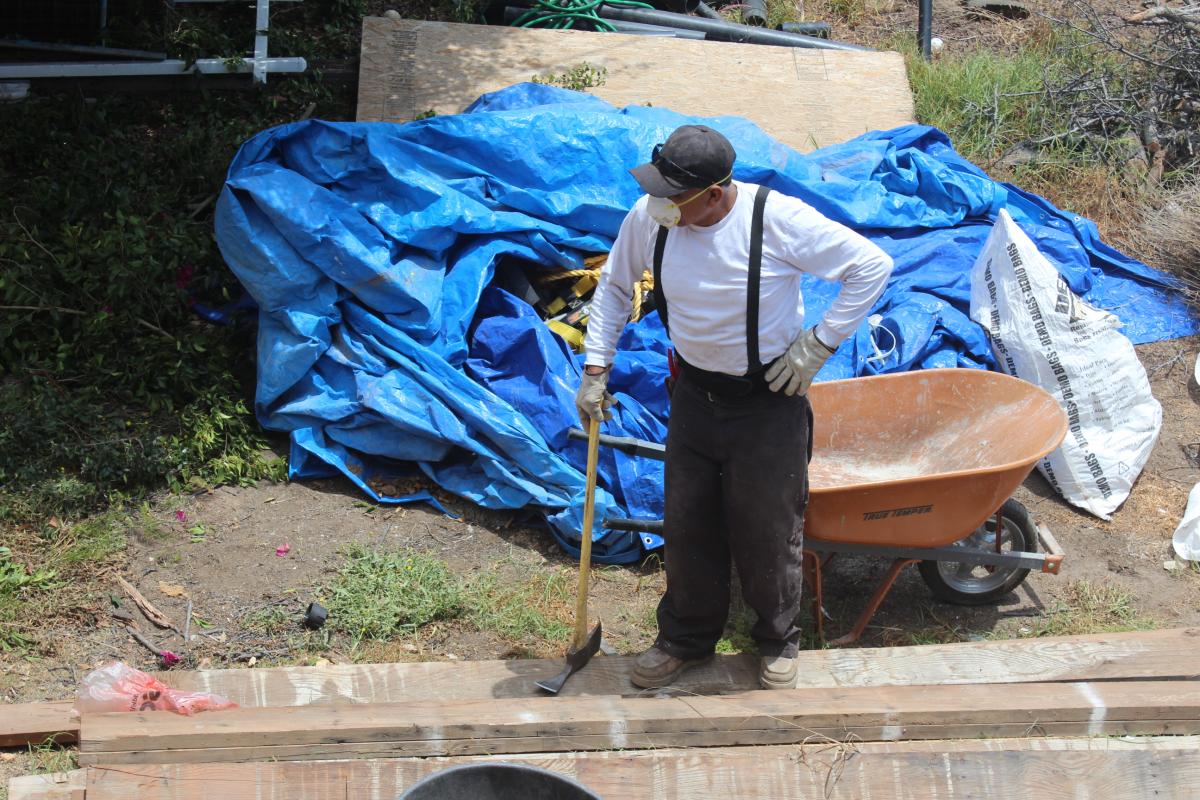 In the case of Custom Design & Construction's Sheldon Street project, street parking is at a premium, and lot size is tight, so having a permanent dumpster isn’t a viable option.

“I prefer having a dumpster onsite because it encourages contractors to actually use them," says Dan. "However, in certain situations they can create a hazard. I once worked on a job on a busy street where the dumpster blocked the view of oncoming traffic, so the neighbor had a very tough time exiting his own driveway. I try to always be mindful not only of what the neighbors have to look at in terms of trash, but of the problems we might be creating in dealing with it.”

Here, with no dumpster option, the backyard becomes the temporary holding area. Couple that with old landscaping that will eventually be removed but in the meantime keeps growing like weeds, and you’ve got a tangled pile that threatens to swallow the project alive.

Not only is it an eyesore, but the accumulation can attract pests and vermin and present a possible fire hazard, so Dan makes sure that the area gets a regular clean sweep. Today’s the day, so plants are hacked down, planks are chopped up, trash is ported out and—voila!—it’s almost like new.